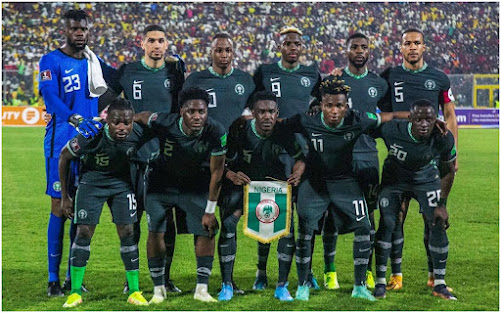 The quartet of Adeyinka Adewale, Ojo Olorunleke, Chiamaka Madu and Sani Faisal who were part of the main Super Eagles squad for the international friendlies in May/June tops the list of invited players for the games.

All the invited players are expected to arrive in Abuja on Wednesday.

Ghana will host the first leg at Cape Coast Stadium on Sunday, August 28.

The reverse fixture is billed for the Moshood Abiola Stadium, Abuja on Saturday, September 3.

The winner of the two-legged encounter will earn a berth at the CHAN 2023 to be hosted by Algeria.

The home Eagles failed to qualify for the last edition of the competition hosted by Cameroon.