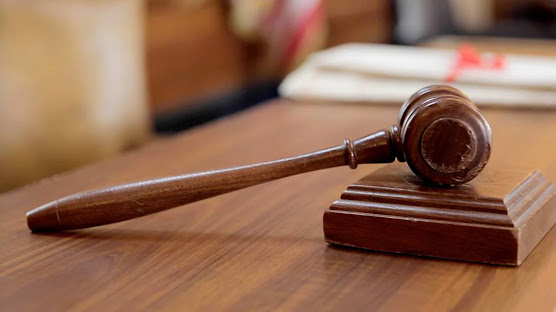 According to the charge, Kehinde Akeem was on 20/08/2022 in Ado Ekiti reasonably suspected to have committed the offence of rape, contrary to section 31 (2) of the Child’s Right Law of Ekiti State, 2012.

Moving his ex-parte application before the court, Police prosecutor, Inspector Sadiq Adeniyi prayed the court to grant the application to remand the defendant at the Nigerian Correctional Centre, Ado Ekiti, to allow the Police complete their investigation and forward the duplicate case file to the office of Director of Public Prosecutions for legal advice.

In her statement to the Police, the victim said, ”He came to buy pap in our shop, he said, he forgot money at home, he pleaded with my mother to allow me follow him to collect the money, my mother declined but after some time my mother agreed, when we got to his house he gave me the key to open his doors, I dropped the pap and about leaving his room, he held me from back, he locked the door and pushed me on his bed, I was shouting loudly but he had raped me before his neighbours came to my rescue, he was seriously beaten, when my mother came, the case was reported and handed him over to the Police.

In his ruling, Magistrate Dolamu Kay-Williams ordered the suspect to be remanded at the Nigerian Correctional Centre, Ado Ekiti pending the issuance of legal advice by the Director of Public Prosecutions.

The case has been adjourned to 29th September 2022 for mention.