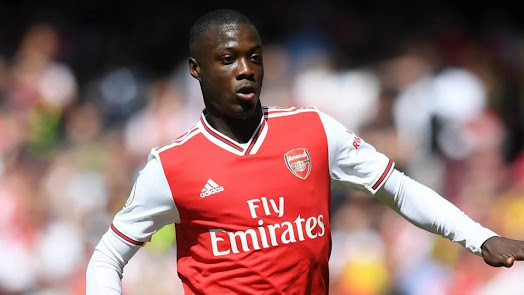 Arsenal star Nicolas Pepe’s possible next club has been revealed.

Pepe looks set to leave the Emirates before the summer transfer deadline day.

According to the Daily Mirror, Nice are keen to sign Pepe on a season-long loan.

Pepe’s agent was at Nice to watch the French Ligue 1 outfit take on Strasbourg on Sunday.

The 27-year-old has fallen out of favour at Arsenal following a series of hapless displays.

Pepe joined Arsenal from Lille in 2019 for £72 million on a five-year contract (Transfermarkt), but he has been a monumental flop.

The Ivory Coast international has scored just 27 goals in 112 appearances for the north London club and has fallen down Arteta’s pecking order for attacking options.