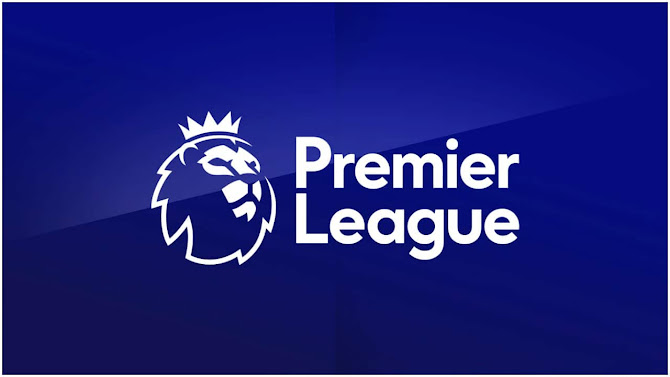 The English Premier League enters its fifth day this midweek with the anticipation of more drama.

Adding to the excitement is the transfer window which will remain open till September 2 with rumours and speculations of the movement of players from one club to another.

The new season has already served us with so much drama as we have watched the so-called big clubs thrashed by the smaller ones.

We have also seen some untouchable top stars, being dropped to the bench while managers discover how to win matches without them.

Saga Gist takes a look at some of these talking points as the week five Premier League matches are set to begin on Tuesday (today) and end on Thursday when Manchester United will be up against struggling Leicester City.

Some of these big headlines include the transfer of Cristiano Ronaldo from Manchester United to any available club in as much as such a club is playing in the Champions League this season.

Issues surrounding the 37-year-old’s future will continue to make the headlines until September 2 when the transfer window comes to an end. The Portugal international has been linked with several top clubs in Europe but nothing concrete has yet to happen. The fact remains that Cristiano Ronaldo would not be happy sitting on the bench in any club in the world.

The former Real Madrid and Juventus superstar have come from the bench in Manchester United’s first three matches, including a 1-0 win over Southampton on Sunday and the latest news from Europe is that his agent, Jorge Mendes is working on a deal that would see the football icon land in Napoli.

Casemiro’s full debut and the arrival of Antony

Former Real Madrid midfielder, Casemiro will be expected to make his full debut for Manchester United when they face Leicester City on Thursday. The Brazilian arrived at Old Trafford last week and featured briefly against Southampton on Sunday.

Meanwhile, Antony may not be able to feature against Leicester after finalising his £85.4m move to Manchester United.

The Brazilian, who arrived in Manchester yesterday and had a medical, has to be registered by midday on Wednesday to be available for United’s Premier League game at Leicester City on Thursday.

It is thought to be unlikely as Antony has to sort out a visa and work permit. But the 22-year-old should be ready in time for the visit of Arsenal to Old Trafford on Sunday.

Arsenal has won four out of four of their first league matches this season and is expected to continue in this form when they take on Aston Villa at the Emirates on Wednesday. But the talking point has been Arsenal’s celebration after their win over Fulham at the weekend.

Arsenal fans were accused of getting over-excited after their victory in the Premier League clash with former Everton, Aston Villa and Scotland striker, Andy Gray, saying that even though he likes what they have done so far, winning four out of four, the celebrations are uncalled for.

Gray went further to remind Arsenal that they have only met lowly-rated teams in the league such as Crystal Palace, Leicester City, Bournemouth and Fulham, adding, “It’s not a who’s who of big teams.”

He reminded them that the likes of Erling Haaland are still better than the Brazilian, saying that Arsenal fans have a tendency of overhyping players.

Scott Parker was sacked as Bournemouth manager on Tuesday.

Parker was sacked just four weeks into the new campaign. This comes after the heavy defeat to Liverpool. He has now become the first manager to be shown the exit door in the English-top flight league this season.

The Manchester City striker, Erling Haaland seems to have discovered the form he enjoyed at Borussia Dortmund and this would be a source of concern for defenders in the Premier League.

The Norwegian netted his first-hattrick in Pep Guardiola’s side’s Premier League 4-2 win over Crystal Palace last Saturday and is currently the top scorer in the English topflight on six goals.

Haaland will hope to continue his impressive display when City hosts Nottim Forest in Wednesday’s Premier League tie at Etihad Stadium. The 22-year-old was recently backed by Arsenal legend Paul Merson to win the Premier League Golden Boot for the top scorer award this term.