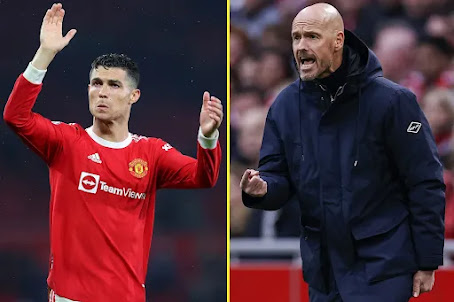 Manchester United manager, Erik ten Hag, has said it is “unacceptable” for his players to leave the stadium before the end of a game.

Ten Hag stated this in reaction to Cristiano Ronaldo driving out of Old Trafford after he was substituted during the halftime of United’s 1-1 draw with Rayo Vallecano.

It was initially speculated that Ronaldo was given permission to go home by the new manager.

But Ten Hag has come out to say every player must stay until the end of matches.

“I don’t certainly accept this. I think this is unacceptable. For everyone,” Ten Hag told Via Play.

“We are a team and you have to stay until the end.”