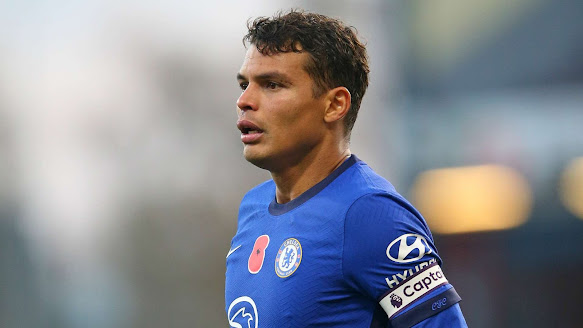 Chelsea defender Thiago Silva has slammed referee Anthony Taylor’s decision not to give a clear foul during his side’s Premier League 2-2 draw with Tottenham Hotspur on Sunday.

During the dying minutes of Chelsea’s clash with Tottenham at Stamford Bridge, Christian Romero was seen tugging on Marc Cucurella’s hair before a corner kick was taken.

VAR official, Mike Dean, had a look at the incident and decided it was not a red card offence, nor a free-kick to Chelsea.

However, Referee, Taylor allowed Tottenham to take another corner straight away, which Harry Kane scored from to make it 2-2.

However, Silva appears to be angered by Taylor’s lack of action, writing on his Instagram story: “Haven’t you seen this? No way. Is hair pulling allowed?”

Silva will now hope to lead Chelsea to victory in their next Premier League tie against Leeds United next Sunday.