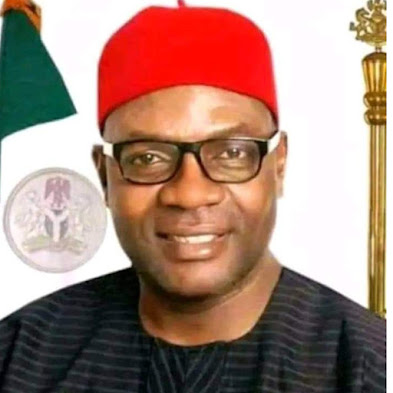 The Minister of State for Education, Rt Hon Goodluck Nanah Opiah has advised agencies under his ministry to explore the use of legislative process to tackle challenges facing them.

The Minister of Education stated this in a release by the Special Assistant, Media/Public Affairs to the Hon Minister of State for Education, Sir Kelechi Mejuobi on Tuesday .

He said since assuming office last month after appointment, agencies under the ministry have been briefing him about their operations.

Opiah said part of the interface that holds at the Ministry of Education is the opportunity for the various establishments to reel out challenges facing them.

According to him, “Most of the chief executives of the agencies who have visited the Minister’s office raised concern concerning strengthening the laws that set up their establishments which some informed are at various stages in the federal parliament.

“After listening to the Librarians Registration Council of Nigeria, LRCN, through Alhaji Jafaru Abdulahi Wase, the Acting Registrar/CEO and Prof Promise Mebine of the National Mathematical Centre, Abuja, who led their teams to the Minister’s office, Opiah advised those with difficulties related to establishment structure and operations, to consider using legislative process through the national assembly as a solution,” he said.

While asking the two groups who visited his office to improve on self sufficiency so as to reduce dependency on government for survival, the minister called for public support from the private sector and corporate entities to some of the agencies since the government can’t do it alone.

The minister requested the Librarians Registration Council and the mathematical centre to go further in exploiting ways of getting the support of international agencies in running their programs.

He told the LRCN to do more on E-library-based activities so as to increase interest in reading.

He explained that the reading culture was dying gradually, especially among the youths who dwell more with phones in recent times.

“The library affords the chance for one to link up to the world. If we develop the right system, we can increase interest in reading,” the minister added.

Responding to the Mathematical Centre officials, Opiah said that since everything about life revolved around mathematics, the agency should create more awareness of its programs and engage in extensive crusades to attract attention.

He also asked the centre to invest in programs that will lure more international bodies to its activities.