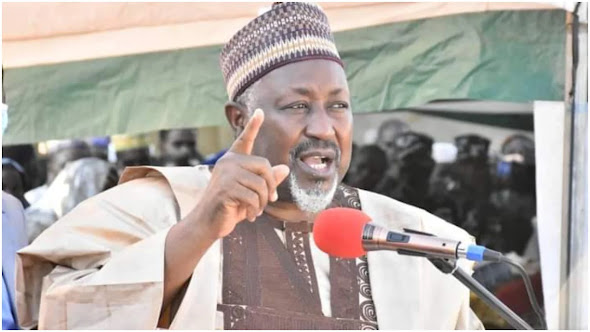 Jigawa State Governor Muhammad Badaru Abubakar has lauded the former Sule Lamido and other military and civilian administrations over the development of the state in the last 31 years of its creation.

The Governor made the commendation while addressing the citizens on the 31st anniversary of the state.

He said, “I believe most of us would recall that thirty years ago, when the state was carved out the then Kano State, it was a victim of a centralist development model, lacking in most of the requisite governance institutions and development infrastructure. People saw the state then as being in a bereft position”

“Thanks to all the previous administrators that has governed the State from Military Administrator, Colonel Olayinka Sule up to today, Every administration has, in one way or another contributed to the making Jigawa State and where it stands for today”

“I salute and profoundly commend all these past leaders of Jigawa state for their immense contributions to the making of Jigawa state. For those that have passed away, we pray that Allah forgive their shortcomings and grants them eternal rest”

“The state has significantly and very positively been transformed. Virtually all sectors- both economic and social- have witnessed significant and positive transformations particular in such areas as Agriculture, Environment, Commerce and Industry, Water and Sanitation and many other fields of human Endeavour”

“When we assumed office in 2015, the state has significantly been transformed relative to its underdeveloped status in the 1990s. Since then, we have also worked assiduously to sustain the tempo of ongoing transformations, particularly as regards the provision of infrastructure for economic development, sustained human capital development, and most importantly, the pursuit of agricultural transformation as means of diversifying the state’s economy and a means of sustainable livelihoods for the people”

He said the survey results by the Bureau of Statistics indicated tremendous progress in the value of the Jigawa State Economy in terms of GDP. From about N1.1 trillion in 2015 to almost N2.26 trillion in 2020″

The Governor also thanked traditional, religious leaders and the good people of JigawaState for their dedication and commitment to the development of the state.

He urged the people of the state to continue to pray for the peace, progress, and development of the state and Nigeria in general.