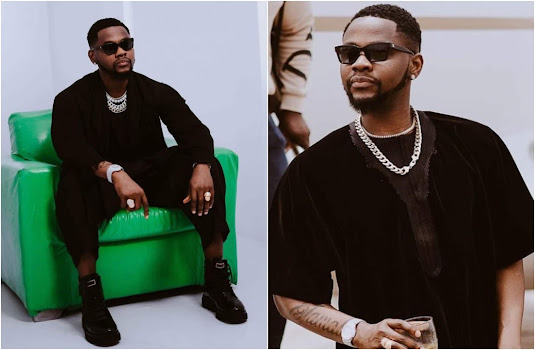 Kizz Daniel was arrested for not showing up at his scheduled concert.

He was scheduled to perform at the Warehouse, Old Nextdoor Arena in Tanzania on Sunday but did not show up to the venue.

Disgruntled fans had taken to social media, expressing displeasure over the Singer’s failure to show up on Sunday.

Reports said the ‘Buga’ crooner refused to mount the stage because he allegedly forgot his travelling bag in Uganda and didn’t want to wear borrowed clothes.

However, the angry fans who reportedly paid $5000 for tables were seen hurling bottles at each other and destroying properties at the event centre.

A viral video of the arrest showed the singer wearing a hooded jacket and being led into a police vehicle.

This is the second time the singer has failed to perform at a fully booked concert while fans waited.

He had last month kept fans waiting for hours at his DMV concert in New York but later blamed his no-show on immigration challenges.