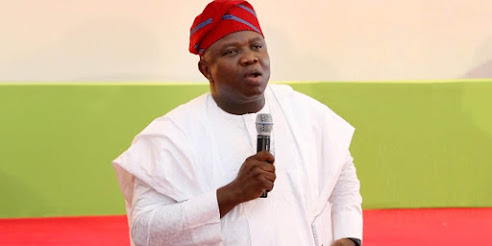 Dele Alake, the Director of Media and Communications of the Campaign Council of Bola Tinubu has said the All Progressives Congress, APC, presidential candidate did not deny former Governor of Lagos State, Akinwunmi Ambode, a second term.

Alake said Ambode lost his second term because the incumbent Governor, Babajide Sanwo-Olu, defeated him during the 2018 APC primaries.

Speaking on Sunday in Lagos, Alake said it was a misconception that Tinubu refused Ambode a second term.

He stressed that the people of Lagos State voted against Ambode during the primaries and not Tinubu.

According to Alake: “In a political competition, there must be supporters here and there. Yes, Fashola’s successor (Ambode) came into office; Asiwaju supported him as he supported Fashola.

“But let me use this opportunity to clear one point, a misconception that Ambode wasn’t given a second term. It is not true.

“The governorship mandate is not for Asiwaju to give or take. It is for Lagos State’s people to give, take, or withdraw. Ambode was in office for whatever reason he might have committed; of course, he did commit gaps and faux pas, but he also went through an election.

“Asiwaju did not take the ticket from him. He contested the primaries with Babajide Sanwo-Olu and lost. The primary was conducted in the open all over the state and the media covered it and it was shown everywhere. Why do people always succumb to such partisanship occasioned by blind prejudices.”

Ambode is the only governor who failed to secure a second term since the return of democracy in 1999.