LaLiga: Take your old contract or we drag you to court – Barcelona threaten De Jong 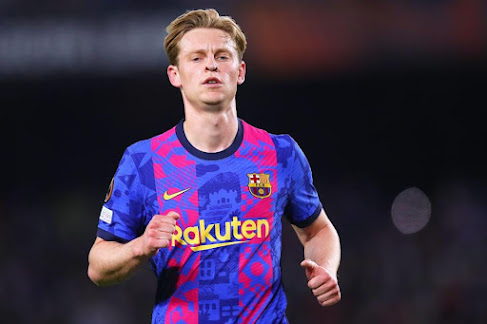 Senior officials at the LaLiga club claim De Jong’s current deal, which was given to the midfielder during the COVID-19 by the previous board, involved criminality and the terms provide grounds for legal action.

Barca are desperate to sell the 25-year-old to Manchester United to fix their well-documented financial predicament.

And the club agreed a £63million fee with the Red Devils on July 14.

A day later, Barcelona wrote to De Jong, claiming to have found evidence of criminal actions on behalf of the parties who signed his renewal on October 20, 2020.

The Spanish club still owes De Jong wages from the past two seasons as part of a salary deferral arrangement.