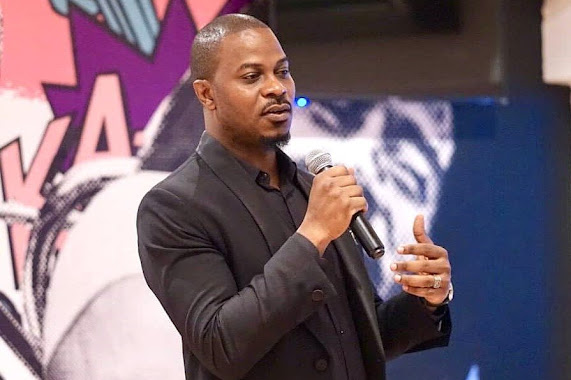 The platform presented a certificate of return to him on Tuesday in Lagos.

There is controversy over the LP governorship primaries, leadership and flagbearer in the state.

The embattled chairman, Ifagbami Awamaridi, insists he is the standard bearer of the party.

The politician said he won the primaries and his name was published by the Independent National Electoral Commission (INEC).

In July, Moshood Salvador, a former All Progress Congress (APC) member, announced that the LP had given him its 2023 governorship ticket.

But the National Publicity Secretary Abayomi Arabambi, who unveiled Rhodes-Vivour, called Awamaridi a placeholder, adding that a substitution primary was held.

The spokesman noted that the party had concluded all necessary documentation with INEC regarding its new candidate.

“For a candidate for election to emerge in a political party, it has to go through a constitutional process.

“Awamaridi was the chairman of the LP Lagos State Caretaker Committee at one point.

“He was made a placeholder; his name was submitted since Lagos LP was yet to finally conclude the required processes”, NAN quoted him saying.

Arabambi said the placeholder status given to Awamaridi was one from which he formally tendered an official resignation.

The LP spokesperson advised the aggrieved chieftain to seek redress in court if he felt cheated.

Arabambi added that the composition of the team was approved by the LP National Working Committee (NWC).