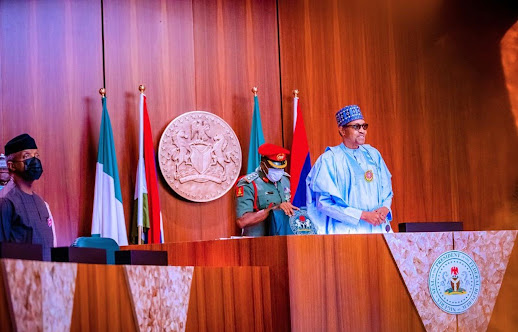 The Federal Government has approved additional variation cost to settle consultancy services for the forensic audit on the Niger Delta Development Commission (NDDC).

The cost variation which ran into N765,974,975.50 was secured at the Federal Executive Council meeting presided over by President Muhammadu Buhari on Wednesday, in Abuja.

The original cost for the audit was N1.786 billion. President Buhari had ordered for exercise following widespread allegation of corruption and abandoned projects by the Commission in the past.

Briefing State House Correspondents on the outcome of the meeting, Minister of Niger Delta Affairs, Umana Umana said, “Today at the meeting of the Federal Executive Council, the memo on the additional costs of carrying out the forensic audit is the size of what was considered and approved by Council.

“You’ll recall that for this exercise, a lead consultant was appointed who had to work with 16 other field auditors and the initial contract zone which covered the lead consultants and the field forensic auditors was N1.786 billion.

“These auditors have since concluded their work but in the cost of carrying out this work, it was discovered that they had to deal with many more projects than were initially envisaged. And the exercise also took an additional seven months. The total number of additional projects considered by the auditors was 3,773. So for reasons of the additional number of projects and the additional time taken, Council today approved a revised additional sum of N765,974,975.50 to cover the additional works done by the forensic auditors”