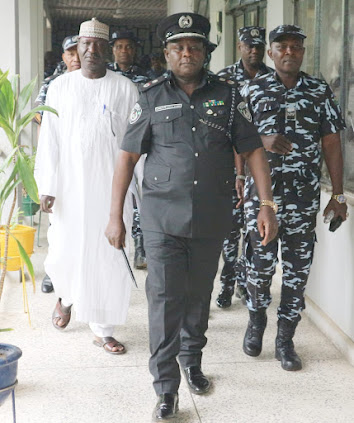 This was contained in a press statement signed by the Command’s spokesman, SP Abdullahi Haruna Kiyawa issued to newsmen.

His deployment followed the retirement of CP Isma’ili Dikko after spending his thirty-five years in service.

Saga Gist reported that the Inspector General of Police IGP Usman Baba has ordered the deployment of two new Commissioners of Police for Kano and Zamfara State.

CP Abubakar is the 43rd Kano State Commissioner of Police, he was born on the 20th of August 1965, at Daura LGA of Katsina State. He attended Ahmadu Bello University (ABU) Zaria where he obtained a Bachelor’s Degree in Sociology.

He held several positions before his posting to the Kano State Police Command, he was the Commissioner of Police in charge of Enugu State Command.

He also attended many professional and leadership courses, seminars and workshops both within and outside the country.