No Nigerian will accept APC after inflicting country with hardship – PDP scribe, Anyanwu 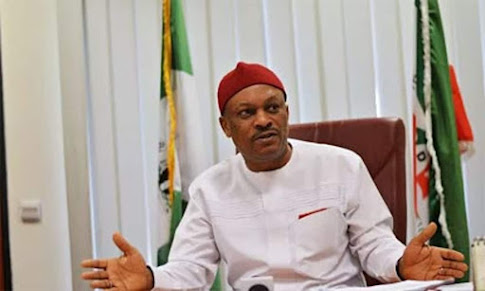 The National Secretary of the Peoples Democratic Party, PDP, Senator Samuel Anyanwu, on Monday said no Nigerian will ever accept the All Progressives Congress (APC) and its chief drivers after it has inflicted the country with hardship.

The opposition party scribe alleged that the APC and its leadership are using maximum force on Nigerians in a bid to compel them to have sympathy for them.

According to a statement signed by his Special Adviser on Media, Ikenna Onuoha, Anyanwu called on government security agencies in the country to stop abusing the rights of the citizens in the cause of carrying out their duties.

He regrets that instead of ensuring peace and tranquillity, some security operatives go about subjecting harmless Nigerians to undue labour, maltreatment, and pains.

Anyanwu states that such act is a clear violation of people’s constitutional rights, and called on human rights defenders to urgently intervene.

The PDP National Secretary further advised them to always apply caution in their dealings with the public, maintaining that their relationship with the people can go a long way to redeem Nigeria’s image.

Anyanwu, therefore, appealed to security operatives still in the habit of oppressing Nigerians especially, the youths to desist, warning that such act if not cushioned is capable of brewing another crisis and triggering youth restiveness in the country.