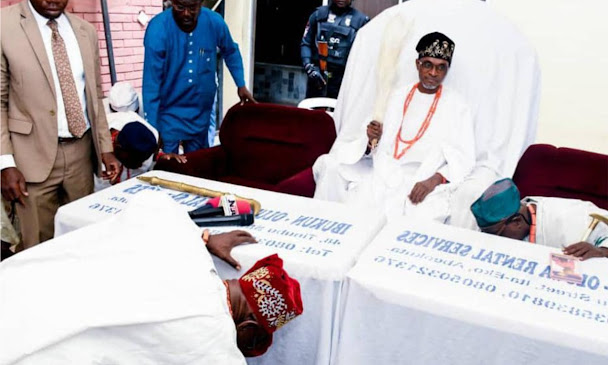 In his usual character, Obasanjo bowed before the newly approved monarch as a show of honour to the crown, symbolising the superiority of Yoruba Obas over their subjects, no matter how highly placed.

The new Olowu, who is just beginning the necessary six months of traditional rites, met the Balogun of Owu, at his old Ita-Iyalode residence in Abeokuta, Ogun State capital.

While presenting the monarch to other Owu chiefs and indigenes, Obasanjo assured him of his support and that of the sons and daughters of the kingdom.

The former President said this was the fastest time a new king would be filling a vacant Olowu stool after the passing of an Oba, saying “We have preserved our culture and tradition and we must not allow our culture go into extinction.”

He expressed satisfaction that the process of selecting the new Olowu by the kingmakers got the approval of the Ogun State Government last Wednesday, even though some people were not happy with the kingmakers.

“We did what we are supposed to do and some people were not happy with us, but we thank God that the state government approved his (Matemilola’s) appointment,” he said. 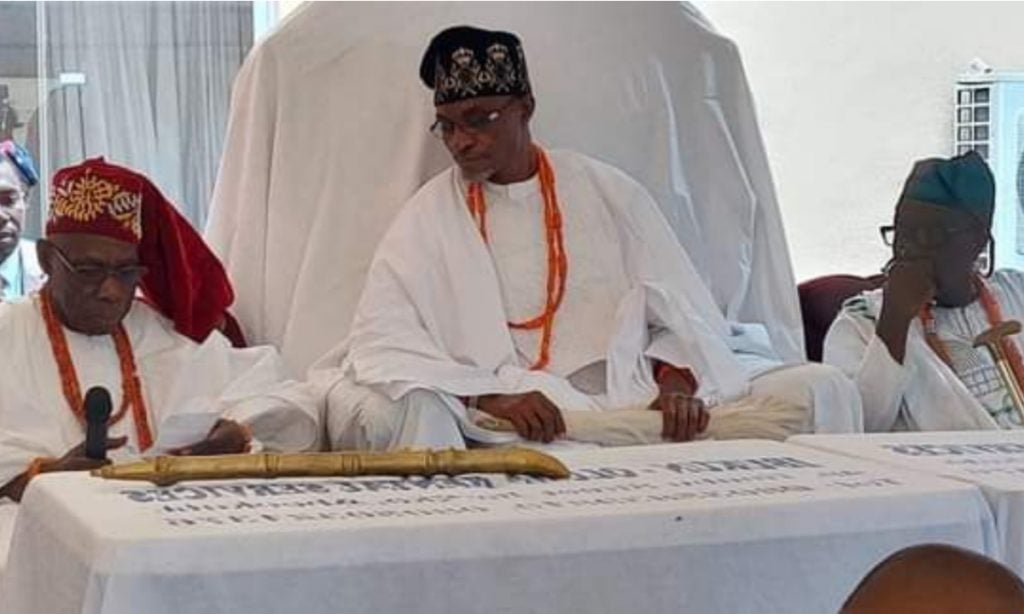 Saga Gist reports that the kingmakers, led by Obasanjo, had screened seven candidates eyeing the stool vacated in December 2021 by the late Oba Adegboyega Dosunmu.

“I want to assure you of my unalloyed support and the support of the entire sons and daughters of Owu kingdom in your journey as the new Olowu,” Obasanjo told the new Oba.