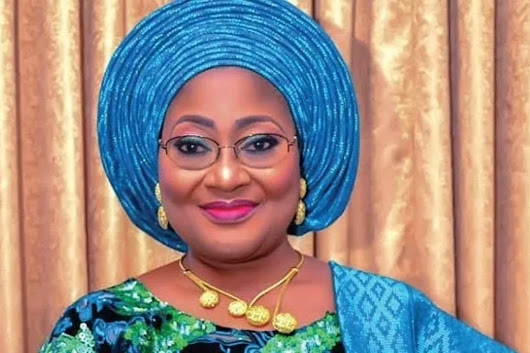 Some residents attacked the convoy of the wife of Osun Governor, Kafayat Oyetola, Friday night.

The incident occurred at Owode-Ede within Ede North local government area of the state.

The motorcade was heading to the capital Osogbo when it got stuck in a grid23Wlock, according to Vanguard.

As security details alighted and attempted to make way, youths threw stones at the convoy.

Two security operatives were hit and wounded, a situation that prompted the escort officers to shoot into the air.

The sounds of gunshots caused people around to scamper in different directions for safety.

The First Lady’s spokesperson, Iluyomade Oluwatunmise confirmed the injuries, adding that there was no casualty.

“The convoy was attacked at Owode-Ede while trying to navigate the traffic around the market.

“We believe it was premeditated as a list of some government functionaries marked for attack had been flying around on social media”, the aide said.