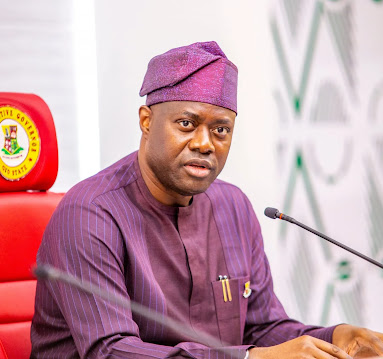 Members of the Oyo State House of Assembly have said that roads, especially those at the rural areas are no more motorable.

The lawmakers made this disclosure on Tuesday.

The lawmakers made this disclosure sequel to a motion moved by Razak Mabaje.

Majaje, who represents Ido State Constituency, had in his motion explained that majority of the roads in his constituency are no more motorable.

Mabaje, while speaking, drew the attention of Governor Seyi Makinde to the deplorable condition of roads in his constituency.

Mabaje while presenting the motion during the plenary said that the Ayegun- Arola Road and other roads in his constituency are in a bad state.

Mabaje said that the road which starts from Ayegun to Arola and ends at Elebu-Idi Ahun serves about sixty different communities.

The lawmaker added that the roads are in dire need of Oyo State Government urgent intervention as it is nearly becoming impassable.

He said, “The roads, especially Ayegun-Arola, annex Apete, which borders the Polytechnic, Ibadan in the North and the University of Ibadan and Ajibode in the East is the major road that connects all the communities in Ido Local Government to Moniya. It is also the only entry road to Ijokodo, Sango-Eleyele road.

“This indeed, has not only confers economic importance on the road but also social importance”.

The lawmakers while passing their resolutions on the motion called on Governor Makinde to see to the rehabilitation of more deplorable roads across the state.