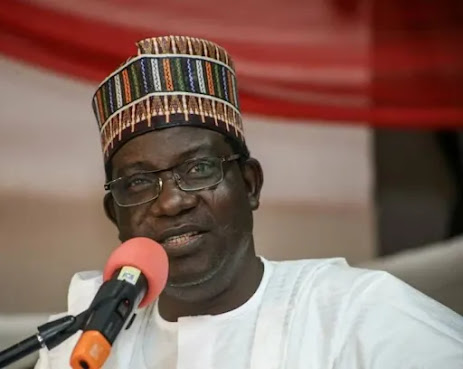 The embattled Chairman of Langtang North Local Government Area of Plateau State, Hon. Joshua Ubandoma Laven, on Saturday, accused Governor Simon Lalong of being responsible for the lack of payment of workers’ salaries in the council.

He also said he has six court judgements against the state government, challenging the “illegal and forceful” termination of his tenure, adding that the governor has deliberately refused to grant him access to the council secretariat to complete his one-year tenure.

Laven disclosed this while addressing journalists in Jos, the state capital.

According to him, he has written to the Ministry for Local Government and Chieftaincy Affairs to pay the local government workers, but the government has refused to honour the request.

“My victory in court is a victory for democracy in Nigeria, I can assure you that the precedent I have laid down in Plateau saved the present clueless APC administration in the state from imposing all local government chairmen without an election.

Laven noted that because he is a law-abiding citizen, he allowed the Plateau State Independent Electoral Commission (PLASIEC) to conduct the election which was contested only by the All Progressives Congress (APC).

The chairman alleged that there is a plot to assassinate him and the member representing Langtang North/South Federal constituency in the House of Representatives, Hon. Beni Lar, by unknown persons. He said the matter has been reported to the police.