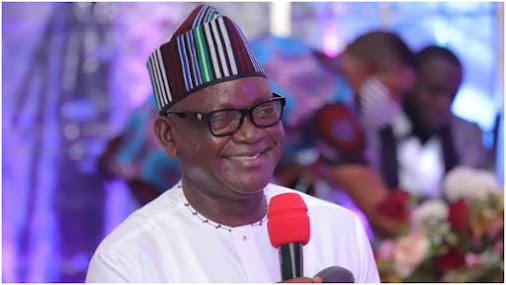 A few days ago, the West African Examinations Council, WAEC released the 2022 Senior School Certificate Examination, SSCE performance ranking of states in which Benue took the 3rd position and was the only state in Northern Nigeria which made the list of top ten states on the WAEC performance rating for the year.

The performance of Benue State in the 2022 Senior School Certificate Examination is a feat worthy of celebration. This has succinctly placed Benue in its rightful place of pride. The development is a reflection of sustained investment in public education by the Government of Benue State under Governor Samue Ortom.

I read a statement from the apex Igbo socio-cultural organization, Ohanaeze Ndigbo hailing the performances of the three South-East States in the WAEC results. Ohanaeze specifically commended the South East Governors for investing in education to boost the performance of schools in their states in national examinations. I believe that if Benue were a South East State, Ohanaeze Ndigbo would have splashed the same, if not more encomiums on Governor Ortom.

The level of attention the Ortom administration has given to primary education in the last seven years is unprecedented in the history of the state. More than 1,000 school projects have been executed with new classrooms and other facilities provided for the primary schools, while thousands of customized desks and chairs have also been provided to the schools by the Ortom administration within the same period. The State Government has set aside N6 Billion as counterpart funds in partnership with Universal Basic Education, UBEC, to embark on another round of primary school projects across the state.

The Governor had a vision when he chose to address the problems facing primary education because that’s the cradle of learning. When pupils learn in a conducive environment devoid of distractions, they are better prepared to move to the secondary level of education and excel. Ortom has got it spot-on regarding primary education!

What has the Governor done differently in secondary education? Though I live in Abuja, I am from Benue State and I visit my state often, so I know what I have seen Governor Ortom do in the area of education in the past seven years. The Governor has upgraded the standard of facilities in secondary schools in the state.
He has upgraded facilities in a number of secondary schools including Government Girls Model Secondary School Aliade. He has also equipped laboratories for science subjects in some of the schools. He has rehabilitated the Special School for Exceptional Children in Aliade. The school now has improved infrastructure, furniture and water supply. He has upgraded facilities of Government College Makurdi and Government Girls College, Makurdi. Governor Ortom has introduced e-learning in the state and established the Benue State E-Learning Centre.

The Governor has repositioned the state’s Teaching Service Board (TSB) and made it function optimally to bring results. In the history of that Board, no Governor of Benue State has visited its headquarters to ensure improvement in its operations more times than Governor Ortom. He has also upgraded facilities of the Board.

TSB under Governor Ortom has stepped up supervision of secondary schools across the state. Staff of the Board now embark on frequent supervision for quality assurance every two months. The Governor made sure that quiz
and debate competitions return to Benue schools and are periodically organized to challenge the students to study harder and perform better.

Equally, Governor Ortom has supported and encouraged the retraining of Benue teachers to equip them with modern education skills, trends and advancements. The e-learning which the Ortom administration has introduced has taken off and all secondary schools are being connected to it. Sensitization conferences were held by TSB with the schools ahead of the commencement of the e-learning system.

With the above efforts made by Governor Ortom in the area of education, I am not surprised that his state Benue got the 3rd position and was the only state in northern Nigeria which made the top 10 list in the last WAEC’s Senior School Certificate Examination, SSCE. The pedestal on which Governor, has placed Benue’s education, the state is set to aspire for the very top position in subsequent outings.