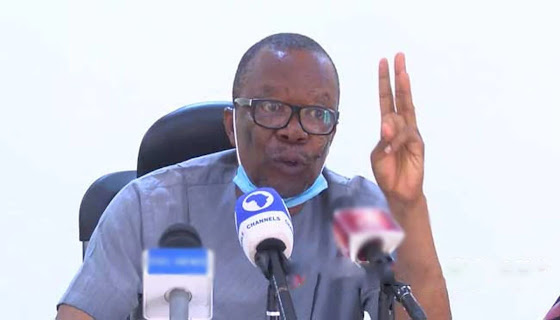 The Academic Staff Union of Universities, ASUU, has debunked report making the rounds that it named universities owned by State governments quack.

Saga Gist reports that several media platforms were on Friday flooded with reactions to purported assertion by the ASUU President, Professor Emmanuel Osodeke that state universities are quack and should not be taken seriously.

Recall that Professor Osodeke had on Thursday appeared on Arise TV where he addressed some issues regarding the ongoing industrial action embarked upon by ASUU over six months ago.

Speaking about some State universities that recently pulled out of the struggle, the ASUU president said, “talk about important universities not those quacks. They’re not part of our strike”.

Recall that the Vice-Chancellor, Osun State University (UNIOSUN), Professor Odunayo Clement Adebooye while reacting to the report yesterday, described ASUU president as a careless talker by saying universities that are not on strike are ‘quacks’.

Professor Adebooye said the State university has 481 full-time academic staff and among them, 387 are full-time Ph.D. holders, “this is not a quack.”

However, speaking on Saturday, the ASUU president debunked the report saying he was misquoted by the media.

According to Osodeke, he was referring to only three universities owned by State governments which are currently not on strike.

Describing the report as fake, Osodeke lamented unprofessionalism in reportage, alleging that the media aimed at creating confusion in the system.

He said, “There is nothing like that. It is a lie. I have told myself that I will not talk to the press again because they always misrepresent things.

“I have found out that Nigerian press is specialized in manipulating interviews, reporting what someone did not say just to create confusion in the system. They won’t report things the way it is”.