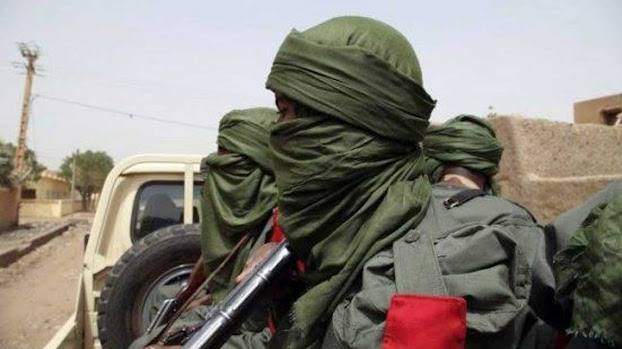 A commercial driver, simply identified as Bello, was on Wednesday evening, killed by terrorists during an ambush along the Katsina/Jibia highway in Katsina State.

A source explained that the victims were on their way home when they ran into the hands of the terrorists who laid ambush at Kadobe village.

According to the source, the incident occurred around 5pm at a portion of the highway, throwing motorists into panic.

During the operation, the source further explained that the kidnappers allegedly shot Bello dead, but in a bid to escape, Kachile and Shuaibu, abandoned their vehicle and ran into a nearby bush.

He said that the terrorists reportedly chased after the two persons, apprehended them and moved them to an undisclosed location.

SP Gambo Isah, the State Police Public Relations Officer, when contacted, confirmed that a driver was killed and the two travellers were abducted by the kidnappers.

He admitted that the terrorists were two in number and were firing shots indiscriminately when the two vehicles ran into them on the highway.

He added that the commercial driver was not that lucky as he was shot and killed by the terrorists, while the two occupants of the private car abandoned their car and escaped into a nearby bush.

The PPRO also confirmed that security operatives, who arrived at the scene, rescued other passengers who were inside the commercial bus but had escaped into the bush.

He said that they came out when they saw the security operatives and they escorted them away from the scene.