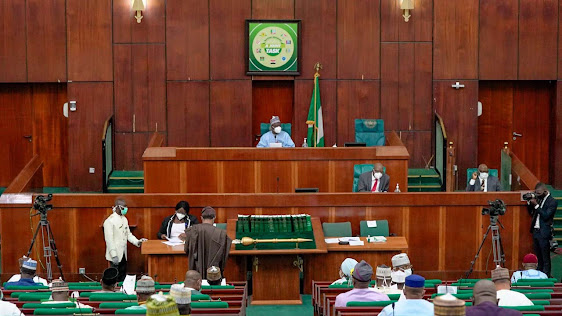 The House of Representatives on Thursday threatened to stop the Tertiary Education Trust Fund, TETFund, from funding state tertiary institutions.

A member of the House of Representatives Committee on Tertiary Education and Services, Aminu Suleiman, said TETFund should mandate state institutions benefiting from its interventions to submit reports of their operations within three weeks.

Suleiman warned that the committee would stop TETfund from funding institutions that fail to submit the reports of their operations.

He disclosed this when he led members of the House of Representatives Committee on Tertiary Education and Services, on an oversight visit to the TETFund Executive Secretary, Arch. Sonny Echono.

Suleiman lamented that state governors have abandoned their duties of funding tertiary institutions to TETFund.

Suleiman said: “For about four or five months we have written to the Fund asking them to invite the attention of state institutions who are benefiting from the Tetfund operations to send to the committee their statement of operations as they relates to what they have been getting from TETFund.

“If they refuse to account for it because they are state institutions then they should go back to the state governors and get funding which is even the right thing that is supposed to be done.

“TETFUND is supposed to be assisting but we have a situation where every governor now set up an institution and abandon it to TETfund for funding except salaries.

“I use this opportunity to advise that bodies responsible for these should ensure that within three weeks all the states institution should comply, if they don’t the committee will decide whether they are entitled to continue to benefit from succession that is under the control of TETfund.”