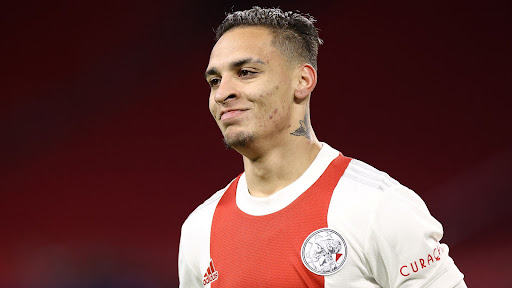 Ajax forward, Antony, has gone on strike at the club in a bid to force through a move to Manchester United.

The UK Mirror reports that the 22-year-old is refusing to play in their Eredivisie clash at Utrecht on Sunday.

This comes after Antony pulled out of the 1-0 win at Sparta Rotterdam last week.

Ajax is playing hardball over the Brazilian’s future, as he seeks to reunite with Erik ten Hag at Old Trafford.

But Antony is fighting back and has told the club he won’t play for them after blocking his dream move.

Ajax is holding out for £84.8million after refusing United’s latest offer of £74.6 million on Friday, with United said to be ready to make one last deal-breaking bid.