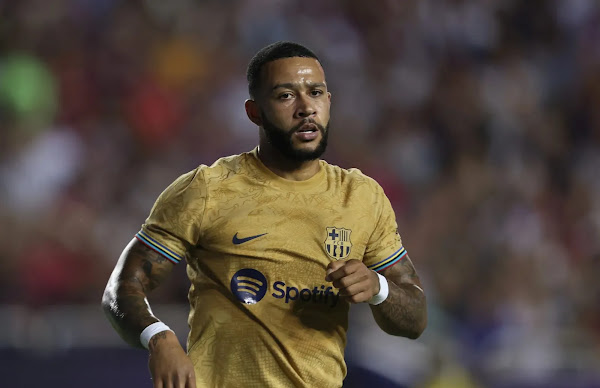 Barcelona forward, Memphis Depay will end his Barca misery this week by having his contract terminated so he can join Juventus, The UK Sun reports.

Depay enjoyed a bright start to his Barcelona career, but has since fallen down the pecking order at the Nou Camp following the arrivals of Robert Lewandowski and Raphinha.

There had been interest in the Dutchman from some Premier League clubs earlier in the summer transfer window, but none were prepared to pay the price that Barcelona were originally asking.

However, Barcelona are now desperate to slash their wage bill in order to balance their perilous financial situation, meaning Depay can leave the Catalan club for nothing before the summer transfer window closes in September.