Transfer: Jules Kounde was desperate to join us – Barcelona 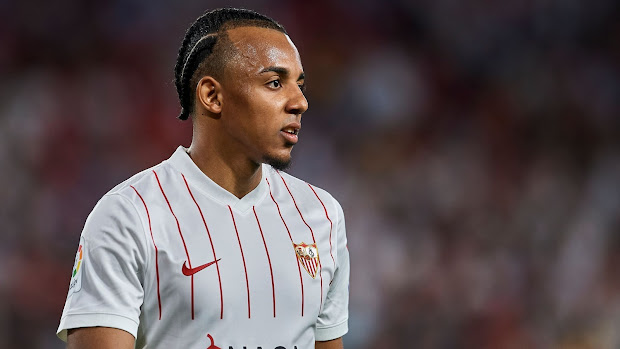 Barcelona have revealed that Jules Kounde was desperate to move to Nou Camp.

Barcelona’s director of football, Mateu Alemany said that the French star almost forced the Catalan side to sign him.

Kounde secured a move to Nou Camp this summer despite Sevila agreeing a deal with Chelsea earlier.

Alemany told reporters, “Almost every day they [Kounde’s team] called me for an update because Kounde wanted to join Barça and he was waiting for us.

“In the end, I had to tell Jonathan [Kebe, the player’s agent] not to call anymore because I didn’t know what to tell him.

“When we sold the second portion of future TV rights, Kounde had almost closed his deal with another club, but he wanted to come to Barça.”

Chelsea were disappointed after the highly sought after defender snubbed the west London side and waited for the Catalan side instead. The France international completed his dream move to Barcelona last week.