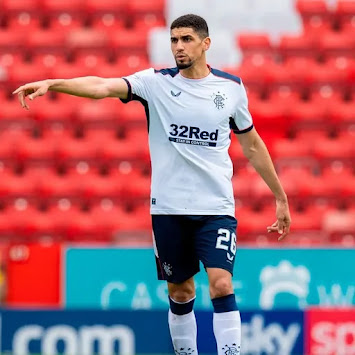 Beale and Balogun worked together during their time at Scottish Premiership club, Glasgow Rangers.

The gaffer was assistant to Steven Gerrard at the time.

Balogun has now reunited with Beale, turning down several offers to link up with the London club.
“I am delighted with this one – I have been chasing him all summer,” Beale told the club’s official website.

“He had a lot of offers so it is great we have been able to get him. He comes here on the back of two years at Rangers. He was absolutely fantastic in the season we won the league and last season he made 37 appearances in the team that won the Scottish Cup and reached the Europa League Final.

“He has got huge amounts of experience, has played in the Premier League and Bundesliga as well and I am delighted now with the strength we have defensively,” he added.

Balogun has huge experience, having played for clubs in Germany, England and Scotland.

The 33-year-old has also represented Nigeria at the World Cup and the Africa Cup of Nations.

Beale admitted that the centre-back’s character off the pitch was also a big attraction.

“I like the way he carries himself. He is a very special person in terms of his personality.

“He has got elite standards and I have seen that first hand,” he said.