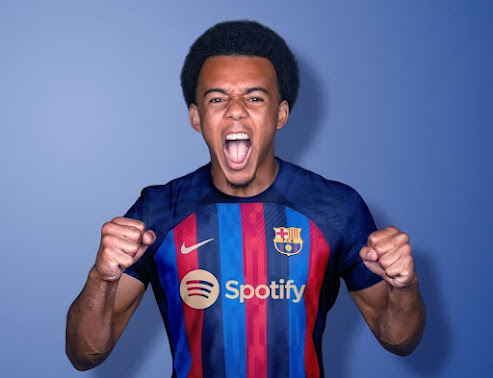 New Barcelona signing, Jules Kounde, has insisted that he decided to join the club over Chelsea because the Blaugrana have an ‘ambitious project.’

The Frenchman had the opportunity to join Chelsea over Barcelona but opted to move to Camp Nou.

Speaking during his press conference, the 23-year-old centre-back admitted that Chelsea was a genuine option.

“I had the chance to go to Chelsea, but I chose Barcelona because they have an ambitious project,” Kounde said as quoted by Marca.

“I waited for Barcelona’s agreement with Sevilla.

“I like playing in LaLiga and having played here for a while will make it easier for me, but you have to adapt to Barcelona’s style”.

He added, “I am very happy and proud to come to this club, I am very grateful to the president, to the fans,” he said.

“They have shown me a lot of affection. All I have to do is train hard and win, of course.

“I will also try to speak Catalan in a few months.”