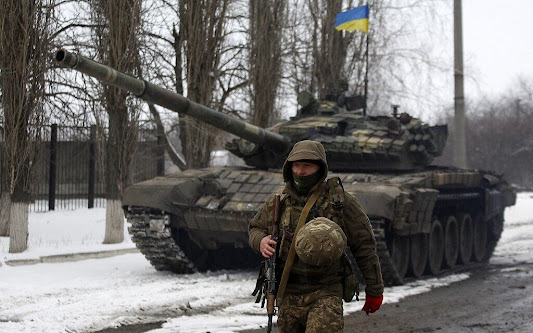 The British military said Tuesday it was unclear how far Ukrainian troops have pushed into territory held by Russian forces as Kyiv’s long-threatened southern counteroffensive got underway.

“Several brigades of the Ukrainian Armed Forces increased the weight of artillery fires in front line sectors across southern Ukraine,’’ the British Defence Ministry said in its intelligence update on the war.

But it cautioned that it was “not yet possible to confirm the extent of Ukrainian advances.’’

Half a year into Russia’s invasion of Ukraine, the military leadership in Kiev signalled on Monday it was beginning operations to retake areas across the south while releasing a few details.

The Russians’ outermost line of defence in the Kherson region has been breached in several places, the Ukrainian military said.

President Volodymyr Zelensky only hinted about the offensive in his nightly address on Monday evening, saying it would be irresponsible to speak about specifics.

“But the occupiers should know: we will oust them to the border. To our border, the line of which has not changed. The invaders know it well.’’

He called on the Russian military to flee and go home.