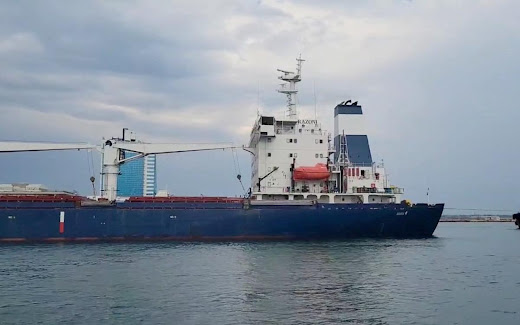 Russia has welcomed the first shipment of grain from the port of Odesa on Ukraine’s Black Sea coast as a “positive’’ development.

“This is a good opportunity for testing the effectiveness of the functioning of mechanisms that were agreed during the negotiations in Istanbul,’’ Kremlin spokesman Dmitri Peskov said.

This is according to the Interfax news agency on Monday.

“We hope that the agreements will be fulfilled by all sides and that the mechanisms function effectively,’’ Peskov said.

The Razoni freighter carrying a cargo of 26,000 tonnes of maize under a Sierra Leone flag was headed for Lebanon.

It was scheduled to make a stop at Istanbul on Tuesday, where it would undergo inspection.