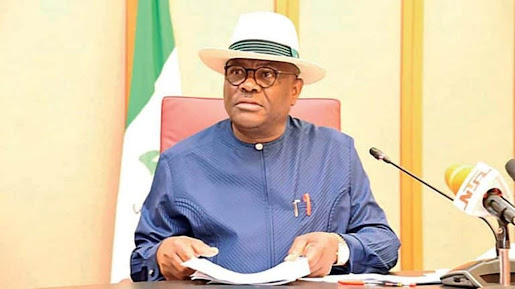 Report that Governor Nyesom Wike has ordered the removal of the flags of the Peoples Democratic Party from the Government in Port Harcourt appears to be false.

There were rumours on social media earlier on Thursday that Governor Wike had ordered his Chief Security Officer to remove all the PDP flags from the Government House.

However, findings have shown that no flag has been pulled down from the Brick House located at Old GRA in Port Harcourt.

A reliable source from the Government House also confirmed that the report is untrue.

The source, who pleaded to remain anonymous because he is not authorized to speak on the matter, said all the flags bearing the PDP have remained untouched within the Government House.

There have been speculations that Governor Wike may be planning to dump the PDP over his running battle with the presidential candidate of the party, Atiku Abubakar.

Wike lost the presidential ticket to Atiku and was sidelined in the choice of the running mate to the candidate.