Your order on market, shop closure not binding on us – Monarch tells Deji of Akure 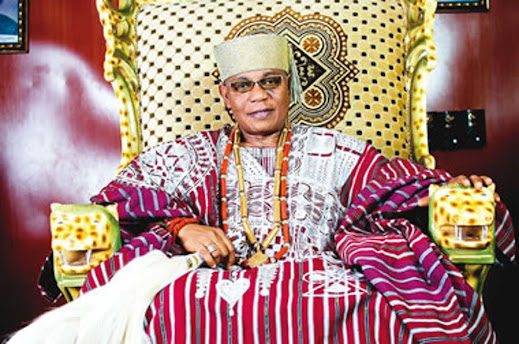 Following the order by the Deji of Akure, Oba Ogunlade Aladetoyinbo that business activities should be shut down within Akure metropolis, the Iralepo of Isinkan Kingdom, Oba Oluwagbemiga Ajimokunola has disclosed that the closure is not binding on markets within Isinkan.

While congratulating the Akure monarch on the annual festival, Oba Ajimokunola stated that markets and shops will remain open in Isinkan, urging those willing to trade to come to Isinkan for their transaction.

The Deji of Akure had over the weekend ordered that all marketplaces and shops in Akure and its neighboring settlements be closed on Monday, August 22, in observance of the town’s yearly ancient traditional celebration, known as “Aheregbe”.

The Deji of Akure and the Aralepo of Isikan, alongside some traditional heads in Akure South and Akure North Local Governments, had for a while been having a running battle with the Akure monarch over his alleged interference in domains outside his purview.

Emphasising that shoppers in Akure should come to Isinkan for their business and shoppings during the Aheregbe festival, the Isinkan monarch stated that shops and markets shall remain open in every part of the Isikan domain.

Oba Ajimokunola said this in response to the Deji’s palace’s announcement that the market and stores should be closed in observance of the annual Aheregbe Festival.

He maintained that the Isinkan Kingdom’s traders are unaffected by the directive.

In a statement that he personally signed, Iralepo, who claimed that it is forbidden to introduce such a celebration in Isinkan, warned against the dire consequences of imposing such on his community.

The Monarch claimed that although Akure and Isinkan share what some might regard as ambiguous boundaries, the indigenes of the two communities were aware of their respective domains.

“For the purpose of emphasis, I would like to say that Isinkan shares a boundary with Akure at Imogun, just before Saint Thomas’ Anglican Church, Isinkan, and Ondo at Owena River. In all these areas, markets and shops are not closed for the Aheregbe festival.

“It is a taboo and has consequence on Isinkan community, as well as the priest of the festival. So, for peace to reign, Akure people should not bring the festival to my community and neither can they enforce market and shop closure here. This statement is necessary in order to remove any iota of doubt,” he said.