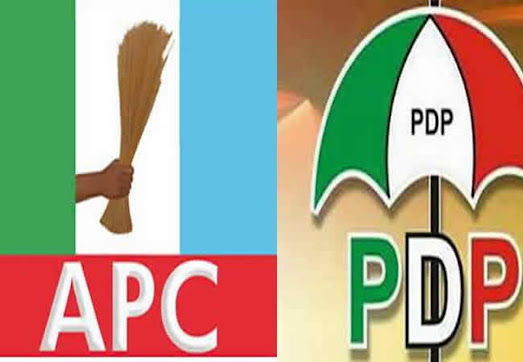 The Oyo State chapter of the All Progressives Congress (APC) and the ruling party, Peoples Democratic Party (PDP), are currently at loggerheads over alleged plans to change the locations of polling units.

Saga Gist recalls that the PDP in 2019 defeated APC during the gubernatorial election. The then PDP candidate, Engineer Seyi Makinde, defeated Bayo Adelabu, the then APC gubernatorial candidate.

The APC alleged that the PDP and Independent National Electoral Commission (INEC) are planning to change locations of polling units ahead of the 2023 elections, so as to win the elections.

But, PDP in its reaction insisted that the allegation by APC has shown that the party has already admitted defeat.

APC, through its Publicity Secretary, Olawale Sadare, alleged that PDP and INEC intended to rig the election in favour of ruling party.

APC in a statement issued on Sunday said, “Makinde, already getting the signals pointing to his inevitable electoral doom, has issued a standing instruction to some bad eggs within the Oyo State office of INEC, to immediately relocate several polling units across the state, from their advertised addresses to unknown or obscure locations.

“A run-through of the affected units revealed clearly the devil behind the detail; they are units considered strongholds of our party, which given the pervasive atmosphere of free, fair and credible elections in Nigeria, our party is expected to win hands down, without fuss.

“By this notice, we alert the INEC Chairman, Prof. Mahmood Yakubu, the Zonal Electoral Commissioner, the Resident Electoral Commissioner and all electoral stakeholders to beam the Commission’s searchlight on the activities of INEC staff, especially those in the Oyo State office, so that they do not allow some bad eggs tarnish the commission’s hard-earned reputation nor put to disrepute, its concerted efforts at organising free, fair and credible polls.”

However, Publicity Secretary of PDP, Engineer Akeem Olatunji, in his own reaction, explained that the camp of APC has been divided, that is why it wants to justify its defeat.

Olatunji, in a conversation on Monday, insisted that the APC is the most unpopular political party in the state.

PDP said, “From what Oyo APC has said, it shows that they had already accepted their defeat.

“APC is the most unpopular political party in the state. Their camp has been divided, that is why they want to justify their defeat.

“APC is behaving like a party of educated illiterates. INEC is a federal agency and PDP is not the ruling party in Nigeria. The electorate are the one to decide”.