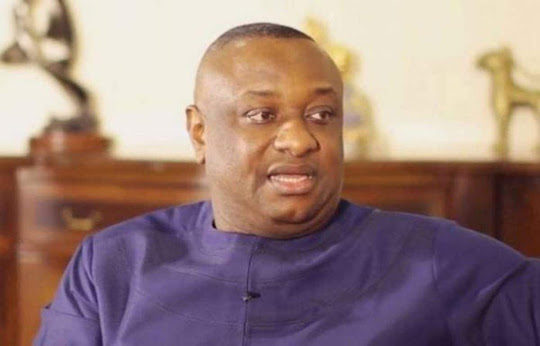 The Spokesperson of the Tinubu-Shettima Presidential Campaign Council, Festus Keyamo, has reacted to the recent poll result by Bloomberg, which said Peter Obi of the Labour Party (LP) is the most favoured candidate ahead of the 2023 presidential election.

Keyamo criticised the poll saying it was faulty and lacked credibility.

Saga Gist recalls that Bloomberg, yesterday, released a poll indicating the lead of the Presidential candidate of the Labour Party (LP) Peter Obi, ahead of others.

Bloomberg said Obi is most-favoured among other contestants as he came tops in the choices of prospective voters, saying 72% named Obi their preferred candidate.

However, the poll revealed that candidates of two parties, the All Progressives Congress and Peoples Democratic Party fared less well, adding that Bola Tinubu of the APC garnered 16% of decided voters, while Atiku Abubakar of the PDP tailed at 9%.

But reacting to the result of the poll by Bloomberg on his verified Twitter handle, Keyamo said it was the worst mistaken poll he has ever seen.

“The report of @BloombergAfrica said it used an APP to conduct an opinion poll in Nig. where more than 95% don’t have access to such apps. This style is even lower in credibility than when you send people to the field. This is the most delusional Poll I have seen since I was born”, he said.