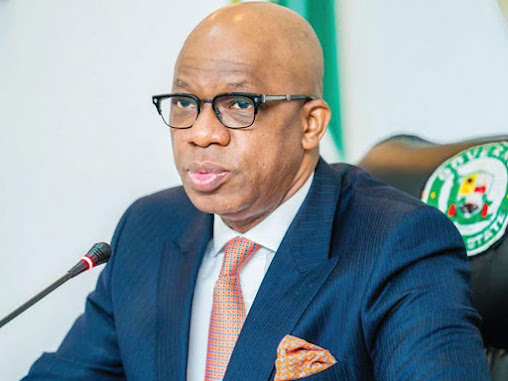 As the country inches closer to another general election, the Ogun State governor, Dapo Abiodun, has , appealed to Nigerians not to engage in actions capable of threatening the peace and unity towards the conduct of the 2023 poll.

The governor who made this appeal at the 62nd Independence Anniversary Church Service held at the Cathedral of St. Peter, Ake, Abeokuta, stressed the need for continued peaceful co-existence among Nigerians for the socio-economic and political development of the country.

Abiodun represented by his deputy, Noimot Salako-Oyedele, acknowledged the anxiety generally expressed by Nigerians whenever general election is about to take place, noting that “this is because an average citizen fears that this is the time the unity of the nation is always threatened”.

He, therefore, solicited the cooperation of all Nigerians to preserve the oneness of the country.

The governor noted that the independence celebration is an opportunity to reflect on the nation’s hopes and aspirations, adding that the period would also enable citizens to acknowledge gains made and understand why others have not been achieved with a view to moving the country forward.

He said: “Celebration of our nationhood is the celebration of oneness of Nigeria, of the security of her people and the fulfilment of individuals aspirations.

“In Ogun State, there are inter-marriages between our citizens and others across the country. We believe this is what Nigeria should be. We serve as an example to other parts of the country”.

Abiodun pointed out that his administration in the last three and a half years, has continued to develop the state by ensuring a peaceful environment for enduring economic development, which has attracted more people to the state.

While reiterating that his government would not promise what it would not fulfill, the governor assured that with the support of the people, all promises made during the 2019 campaigns would be kept.

He, however, called on Nigerians to be their brothers keepers and desist from hurting one another, saying “this act of love and care will engender enduring peace and help build a nation that all Nigerians will be proud of”.

In his sermon, the Diocesan Bishop of Awori, Rt. (Revd.) Johnson Akin Atere, expressed his dismay that Nigeria which was once the giant of Africa, is now begging for bread, saying disobedience, oppression, ungodliness, hatred on the part of individuals, families and governments are some of the sins that have brought the country to her knees.

Speaking on the topic ‘What is Troubling You’ and taking his text from 2 Kings 6: 24 -27, the cleric said Nigerians, over the years, have been tormented and traumatized for long as “operation no mercy” is now the order of the day, adding that this has caused havoc in the land.

While calling for an end in the shedding of innocent blood, hatred, and all forms of sins, he said God was about to do something new in Nigeria, but needed all citizens, including the leaders to renew their minds and faith in God and be their brothers and sisters keepers.

Atere urged Nigerians to be wise during the forthcoming general election by choosing the right people to lead the nation, positing that Nigerians do not have the moral right to blame the government if they refuse to do the needful in 2023, which he said is another opportunity to restore the nation’s hope.

He, however, solicited the inclusion of traditional rulers in running the security architecture particularly at the grassroots.

The cleric also called on the church to continue to pray for the peace and development of the nation, noting that the current challenges confronting the country would be a thing of the past if all Nigerians play their parts.

The service had in attendance top federal and state government officials, security chiefs, traditional rulers, captains of Industries, among others.