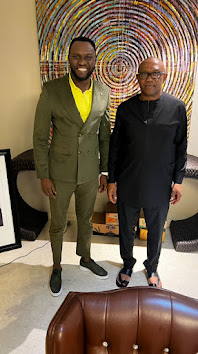 Balami who played a major role in the victory of President Muhammadu Buhari in 2015 when he mobilized northern youths across the region, disclosed this in a statement he tagged “My Critical Junction.”

The former spokesman for the National Association of Aircraft Pilots and Engineers said on Tuesday that he dumped the APC and joined the Obi-Datti movement because he shares in the pains of Nigerians, especially the Christians over the inequality and injustice they have witnessed under the APC-led government.

Lamenting the move by his former party to field a Muslim-Muslum ticket for its presidential candidate, Balami said APC undermined the relevance of Nigerian Christians

The statement reads in part, “At this juncture, I want to thank the APC-led government for awakening the consciousness of well-meaning Nigerians. Without them, we would have still been carried away with the deep deception that has mismanaged and caused doubts concerning our beliefs and perceived ones in Nigeria.

“I have awoken to the fact that the APC as a party and its presidential flag-bearer, have unequivocally decided to undermine the relevance of Nigerian Christians, and Non-Christian good-wishers that understand the importance of managing our diversity at this very critical point in our nationhood.

On why he is joining to Obidient movement, the former youth leader said, “the youths are the posterity of a nation. The finest of people are moulded in their youth.

“I have grown and come of age among the elders of our land, learning and demonstrating obedience, clarity of thought, and choices – some of which have been criticized, and a greater number thereof have, on the other hand, been accepted and commended”.