2023: You’ll be in for shocker – Wike reveals what may cause PDP defeat 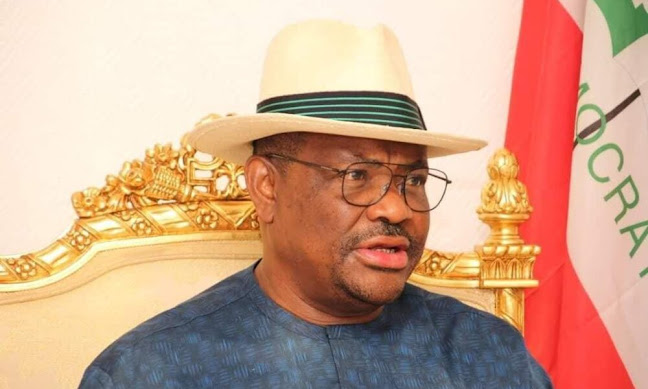 Governor Nyesom Wike of Rivers State has told the presidential candidate of the Peoples Democratic Party, PDP, Alhaji Atiku Abubakar, that he would be in for a shocker if they fail to do the right thing ahead of the 2023 presidential election.

Wike was responding to the questions of what becomes of the main opposition party if the presidential election is staged today.

The Rivers State Governor, who was one of the PDP’s leasing presidential aspirants in the party’s convention earlier this year, spoke to select tv stations on Friday, basically about the crisis rocking the party.

Wike and his camp, comprising some Southern governors and party leaders, feel they were cheated out of the presidential ticket and recently pulled out of Atiku’s presidential campaign.

They are calling for the resignation of the party’s National Chairman, Iyorchia Ayu, as the only way to support the party again, insisting that it was unjustifiable for the party chairman and the presidential candidate to come from the same region.

While Atiku’s camp has resisted the call, saying the party’s constitution must be duly followed, Wike said it might cost them victory and the support of Nigerians if the election comes up now.

“If we take advantage of the support Nigerians are given us. And that advantage is to do the right thing [we’ll win] if the election holds tomorrow being Saturday.

“What Nigerians are saying is that this political [APC] that promised us heaven and earth, we’re not seeing it.

“The country has never been as polarised as this before. And then, instead of you to capitalise on that by doing the right thing so that you can continue to enjoy the support and win the election… if the election is conducted tomorrow (Saturday) and they allow themselves to [remain] in this way, Nigerians cannot trust us.

“That is why we’re taking it upon ourselves not to allow this opportunity to go. If they [waste] this opportunity Nigerians have given us, they’ll pay dearly for it…if we’re there saying ‘APC has not done well’ then we’re going in for a shocker,” he said.