Attacks: We are bigger than your political strategies – IPOB warns FG 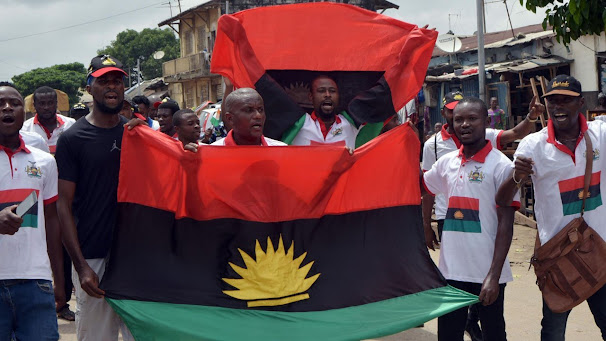 The Indigenous People of Biafra (IPOB) has warned the Federal Government to desist from linking it to attacks being carried out in the Southeastern part of the country.

Saga Gist reports that the government had severally said the attacks on security personnel and government facilities in the region were being carried out by the secessionist group and its security wing, the Eastern Security Network, ESN.

But in a statement on Monday, the IPOB spokesman Emma Powerful, restated that the proscribed group has no hand in the attacks.

The separatists warned that anyone linking the group and its militant wing, the ESN to any attack, is deluded and would regret it.

According to Emma Powerful, the IPOB is not concerned with Nigerian politics, stressing that it’s only interested in referendum to determine the fate of Biafra as a sovereign nation.

The group insisted that anything short of a United Nations, UN, supervised referendum to determine their secession, it would not be interested in any national affairs, describing the Nigerian election as a selection process.

“Nigeria Government should leave IPOB/ESN alone. We are bigger than their political strategies. They can link or lure other groups into Nigeria Politics but not IPOB because we remain focused on our mission and can’t be attracted to what we abhor.

“We abhor anything in Nigeria and can’t be attracted to what we have rejected.

“The only political process that IPOB will participate in is a UN supervised Biafra Referendum that will usher in Biafra Sovereignty and Independence.

“Anyone intending to link ESN Operative, Volunteers, including IPOB members in their planned political attacks is deluded and regret will always be their portion,” the group said.