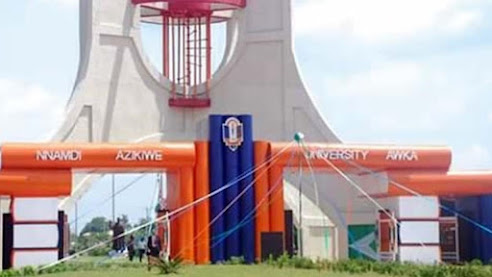 Students’ Union Government (SUG) of Nnamdi Azikiwe University, Awka, has dissociated the institution and its students from a sex party that was held in a hotel close to the campus, last weekend.

Videos on social media showed male and female youths in a poolside party in a hotel in Awka, engaging in live sex, while spectators watched and filmed them.

The video sparked uproar on Monday when most commentators identified the participants to be students of Nnamdi Azikiwe University, Awka, who stayed back in their hostels, despite the strike by Academic Staff Union of Universities (ASUU).

But in a press statement signed by the President and the Secretary of the Students’ Union Government, Charles Ijeomah and JN Ogbonnaya, respectively, the students dissociated the institution from the act.

The press statement read: “This is to inform the public that students of Nnamdi Azikiwe University have nothing to do with the event that happened on 3rd September. In fact, it was not a students’ programme.