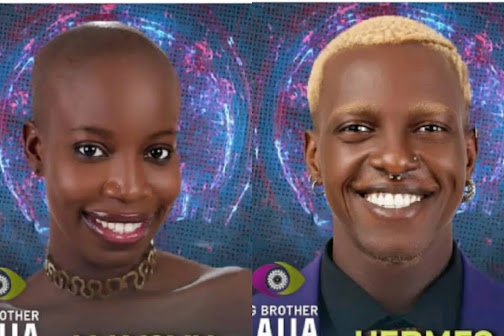 Big Brother Naija housemate, Allysn has said she will figure out her relationship with Hermes when the show ends.

Allysn said this after her eviction on Sunday.

She was asked by Ebuka if she will become Hermes’ third girlfriend after the show.

Recall that Hermes had said he had two girlfriends.

According to him, both women were aware of each other.

Responding, Allysn, who claimed she only had romantic feelings towards Hermes and not Adekunle, added that their relationship will only be figured out when the show ends.

”We will figure it out when he comes out,” she said.

She added that she would continue modeling and would also work in the entertainment industry.