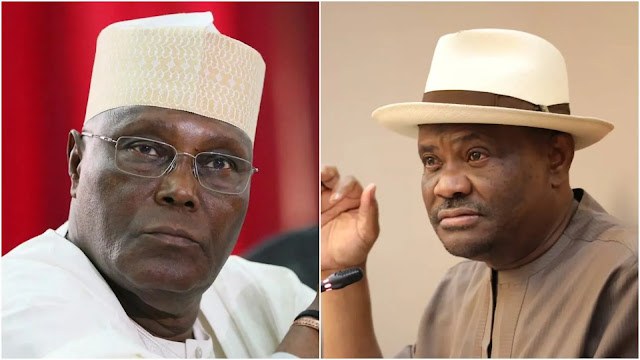 The 2023 general elections are fast approaching and just like other past elections, which are characterised by intrigues, politicians’ cross-carpeting, disagreements and agreements, alignments, negotiations and power tussles, the forthcoming elections are not going to be any different. Already, the signs are visibly there for us to see.

However, the PDP and APC have not gotten their houses in order since after their presidential primaries that produced Alhaji Atiku Abubakar of the PDP and Ahmed Bola Tinubu of the APC were conducted. From the perspective of a distant observer, the Labour Party presidential candidate, Peter Obi, and his party are without problems. At least for now.

For the APC, the Muslim-Muslim presidential ticket is their greatest undoing and their biggest albatross. They could have considered the religious tension the country is already experiencing. The Islamization narrative, where many have raised concerns, should have made the stakeholders of the party have a second thought that a Muslim-Muslim ticket at this point in the life of this country is totally unimaginable, unacceptable, and unrealisable.

The APC has a huge task of convincing Nigerians to buy the same faith presidency. How they intend to go about it is a miracle many are hoping to see it happen.

In the case of the Peoples Democratic Party, there is a problem. The party is in a dire situation, and the problem is with itself. The cracks have been created. The cracks are widening daily, and bridging those cracks is looking like a practically impossible task.

The PDP has become destabilized after Governor Nyesom Wike of Rivers State lost out in the presidential primaries and also lost out on becoming the Vice President candidate of the Peoples Democratic Party. And with the narrative from some of Atiku supporters that Wike is immaterial in the 2023 election, it brings to mind the scenario of how former president Goodluck Jonathan was deceived that without former Governor Rotimi Ameachi, he could still win the 2015 presidential election.

By opposing Governor Ameachi, whom President Jonathan suspected of having presidential ambitions in 2015, President Jonathan ensured that the Rivers Governor was not re-elected as Chairman of the Nigerian Governors Forum (NGF). Even while Ameachi polled 19 votes to defeat the Plateau State Governor, Jonah Jang, with 16 votes, the President recognised Jang as the authentic winner and Chairman of NGF. Of course, Ameachi fought back.

Governor Ameachi and some of his governor colleagues felt humiliated and disenchanted, and so Ameachi left the PDP and led some other PDP governors to join the opposition party, APC, to ensure Jonathan lost his reelection, which he did in 2015.

When Ameachi became dissatisfied with how he was treated and rumors of him defecting to the APC began to circulate, Jonathan and his supporters disregarded him. They said he was irrelevant to stopping the victory of President Jonathan, but they got it all wrong.

Today, a similar scenario is brewing in the PDP between another Rivers Governor, Nyesom Wike, and the PDP Presidential candidate, Atiku Abubakar.

Unfortunately, the presidential candidate and some party members loyal to Atiku have treaded the Jonathan path. They are disregarding Wike’s political weight, saying he is immaterial to securing victory in the 2023 election for the party. They are wrong and deceiving Atiku. Atiku needs Wike much more than Wike needs Atiku.

Meanwhile, Governor Wike, who is believed to have more PDP governors on his side, is meeting with presidential candidates of other political parties. He has met with Bola Tinubu of APC, Peter Obi of Labour Party just almost the same way Ameachi did.

The PDP must be careful with Wike and must make him comfortable in the party. He has worked for the party through thick and thin, and with many PDP-serving governors on his side, dismissing him would be disastrous. If he leads his colleagues to any opposition party, that will be the end of the PDP.

In the same vein, Wike must ensure they resolve their differences early enough and begin to work for the victory of the party in 2023.

Atiku Abubakar must not be deceived by some of his loyalists that Wike is irrelevant to causing his defeat unless he wants a repeat of the Ameachi and Jonathan scenario.