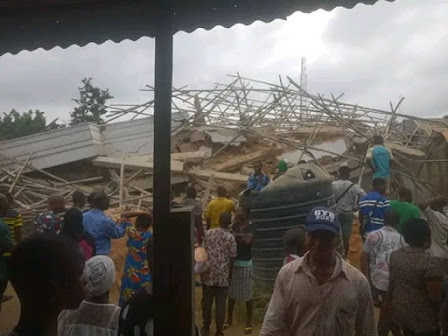 A four-storey building under construction has collapsed at Iman street by Nse Ntip, off Aka road, Uyo, Akwa Ibom State capital.

It was gathered that the building, which was meant to be a six-storey building hotel, collapsed while at the fourth floor of its construction.

An eyewitness, MC Governor, on his Facebook wall, said that he was reliably informed that about three persons have been trapped in the debris while one escaped by a whisker.

Fire service officials were seen at the venue of the building mishap.