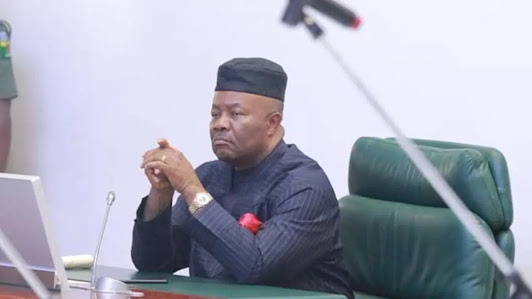 A Federal High Court sitting in Abuja on Thursday ordered the Independent National Electoral Commission, INEC, to publish the name of Godswill Akpabio as the candidate of the All Progressives Congress (APC) for Akwa Ibom North/West senatorial election.

Saga Gist recalls that the electoral body had omitted the names of the Senate President, Ahmad Lawan, and Godswill Akpabio, a former minister of Niger Delta affairs from its published lists, saying they did not participate in the primary elections.

Despite efforts by the ruling party to cede the tickets to Lawan and Akpabio, INEC, on July 9, insisted that Bashir Machina and Udom Ekpoudom remain the APC senatorial candidates for the districts.

However, Justice Emeka Nwite, in a judgment on Thursday, declared INEC’s position illegal.

According to the Judge, INEC had no reason to reject Akpabio since his name was sent to it by the APC as its candidate.