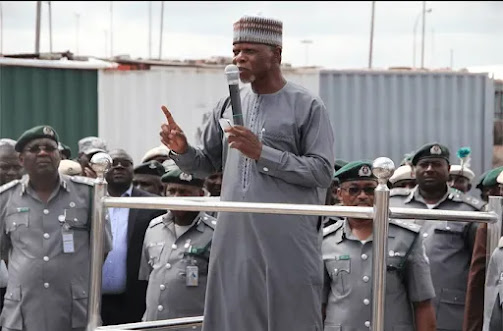 The Comptroller General of Customs, Hamid Ali, has disclosed that lack of boats has hampered the effort by the Nigerian Customs Service to stop rice smuggling.

The Customs CG said Nigeria has been able to tackle smuggling via land borders but struggling to deal with high seas and creeks.

Ali stated this on Thursday at the interface on the Medium Term Expenditure Framework (MTEF) organized by the House of Representatives Committee on Finance.

Ali said the service has procured some ballistic boats and is requesting to double its fleet.

“We don’t have adequate boats to patrol these waterways, and these waterways are the way smugglers use to smuggle rice into the country. We have now done our analysis, and we have been able to isolate some of the places. We just commissioned some fast ballistic boats. In our budget we are requesting to double the number of boats to effectively get our men to be mobile,” he said.

Ali also claimed that the government of Benin Republic has been aiding smugglers.

“We have taken a diplomatic angle by discussing with Benin Republic. Most of this rice comes from Benin Republic under the joint border agreement. They don’t eat the type of rice we eat in Nigeria, they eat the sticky rice,” he said.