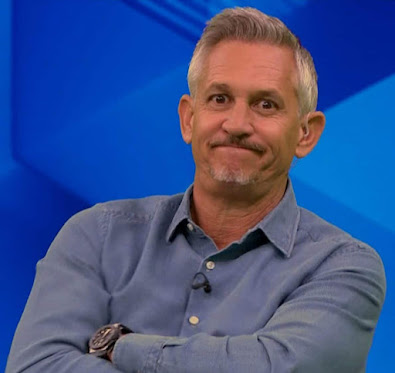 Man United defeated Arsenal 3-1 at Old Trafford, thanks to goals from Antony and Marcus Rashford.

Bukayo Saka did score a goal for Mikel Arteta’s side against the Red Devils.

However, Lineker has now singled out Man United midfielder, Christian Eriksen, for his ‘excellent’ display against Arsenal.

In a tweet via his Twitter handle, Lineker wrote, “What an excellent game @ChrisEriksen8 has had, encapsulated by his run and assist for @MarcusRashford’s 2nd goal.

“Incredible to see him performing so well at this level after what happened last year. Such a lovely story.”

Eriksen was named ‘Man of the Match’ for his performance during the tie.

The Denmark star provided Rashford with the pass to score his second and Man United’s third to seal their fourth Premier League win in a row so far this season.

Eriksen’s story is an incredible one, as the 30-year-old infamously suffered a cardiac event during Denmark’s European Championship clash with Iceland last summer.

The former Inter Milan and Tottenham Hotspur star was left fighting for his life, but made a miraculous return to football when he signed for Brentford in January this year before joining Man United in the summer.