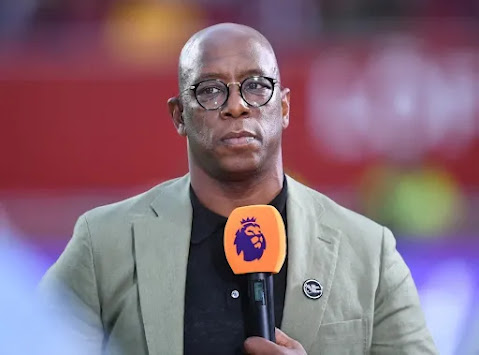 The Gunners lost at Old Trafford despite an impressive performance.

Mikel Arteta’s men were undone by two goals on the counter-attack in the second half.

Christian Eriksen, who shone in United’s midfield, found space deep in the Arsenal half to feed Bruno Fernandes, who provided the sensational assist for Marcus Rashford’s first goal of the afternoon – doubling his tally nine minutes later.

In his post-match interview, Arteta alluded to a lack of ‘discipline’ in his side’s performance.

“This is what he [Arteta] is talking about in respect of discipline,” Wright told Match of the Day 2 after highlighting Odegaard losing Eriksen in the build-up to the second goal.

“He has got to be closer to him. Eriksen saw him out, now he [Odegaard] has got to see Eriksen out.

“He didn’t do it and you can see how disappointed he is with it. Those are the things that kind of cost us today and they were very ruthless in finishing us off.”