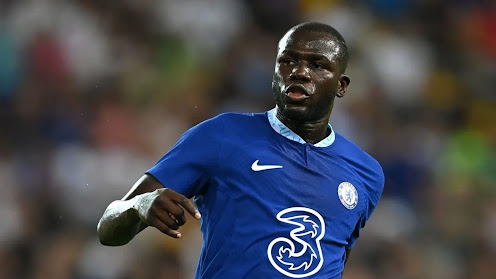 Chelsea’s summer signing, Kalidou Koulibaly has opened up on claims he could be regretting dumping Napoli for Stamford Bridge.

The Senegal International has had a less than auspicious start to his career in west London.

Thomas Tuchel, who sanctioned his signing in the summer, was sacked after an unconvincing start to the season and Graham Potter, who took over from the German, did not feature Koulibaly in his game.

But the Africa Cup Nations holder said he has no regrets about joining the Blues, insisting the decision to leave Italy was a straightforward one once he learned of their interest.

“You know, it’s a life choice. I wanted to change clubs. I felt like I’d given everything to Napoli,” Koulibaly told Le Quotidien.

“Chelsea arrived and it didn’t take long for me to choose. They’re one of the five best clubs in the world, with a great history; a team that’s used to winning.

“When they called me, I immediately gave a positive answer because it was also admirable to play in the Premier League.

“Signing with Chelsea was a very good thing for me. I’m very happy to be there. It was a bit tough at first, because I had to move eight years of my life to London. It’s something that’s quite hard,” he added.