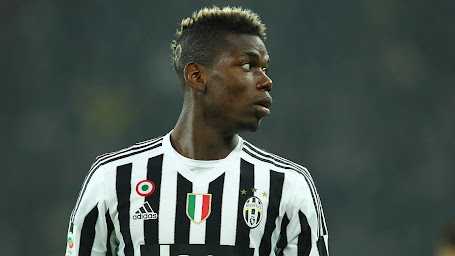 New Juventus midfielder, Paul Pogba, has said that he joined the Old Lady from Manchester United because his time at Old Trafford didn’t go the way he wanted.

According to Pogba, he felt it was the right time for him to return to Juventus.

The 29-year-old returned to Juventus as a free agent from the Red Devils in the summer transfer window.

Pogba had broken the record for the most expensive transfer when he left Juventus to join United in 2016 in a deal worth €105million.

“I like to think and say that it’s my heart that made a choice to come back to Juventus. It was also maybe the right time to come back here. The last three years in Manchester [United], also conditioned by injuries, didn’t go the way I wanted, it is not a mystery,” Pogba told GQ Italia.

He added, “Juventus came from two years in which they didn’t win the Scudetto. It was a good challenge for both of us: me and Juventus, and maybe it was the right time to get together and try to take back our rightful place.

“Inside of me, I know that this jersey is very special. It brings out my best. We built a good history with this team, which I never forgot even when I left. Coming back here for me is always a reason to push even harder, to stimulate myself to do well. I never had any doubt that this is where I belong.”