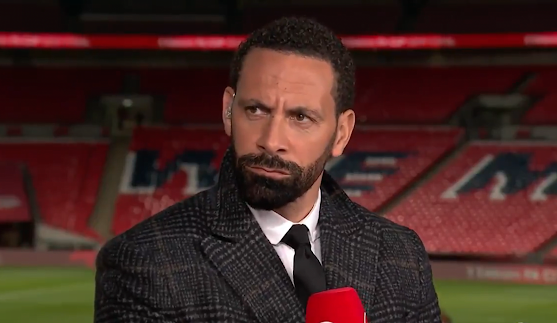 Manchester United legend, Rio Ferdinand has said that winger Jadon Sancho would be right to feel aggrieved over being snubbed by England boss Gareth Southgate in his team selection.

Sancho was not named in England’s 28-man squad for the games against Italy and Germany in the UEFA Nations League, meaning that he won’t get the chance to play for the Three Lions before the World Cup starts in November.

The surprise in Gareth Southgate’s squad is the inclusion of Harry Maguire and Luke Shaw, despite not playing regularly for the Red Devils.

Sancho has scored three goals across all competitions for Manchester United this season but still missed out on the squad.

And Ferdinand feels the former Borussia Dortmund star should be ‘disgruntled’ over Southgate’s decision to leave him out.

“Jadon Sancho will be one player who will probably look at that squad and think I’ve done what’s expected of me as a winger in terms of output, numbers-wise this season and I’m doing better in terms of numbers than other players, and I’m still not getting a look in,” Ferdinand told BT Sports.

“He could probably feel disgruntled.

“But I think that squad is a lot of what we would expect.”