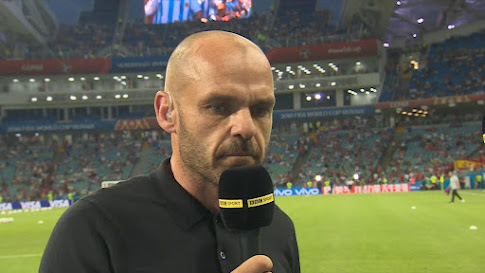 Murphy said Saka is a key player in Mikel Arteta’s side because he scares defenders to death.

Saka was impressive for Arsenal as they defeated Aston Villa, thanks to two goals from Gabriel Jesus and Gabriel Martinelli.

“Saka was so sharp, there was a tweak in his game, we know he’s direct and loves going past people. But tonight he was much narrower and nearer to the goal,” Murphy told BBC’s Match of the Day.

“He was looking to get into areas to affect the game and score goals. He missed a couple of chances, actually but he was in the right place. I think Mikel Arteta has been working with him.

“He just kept impacting the game. He was the key player in Arsenal’s moves because he scares defenders to death.

“Arsenal needed someone to produce a moment of magic and he did that. Most of Arsenal’s best work came through him. He looked back to his best, it was a terrific performance.”

Saka will now hope to continue his impressive display for Arsenal when they face Manchester United in their next game.